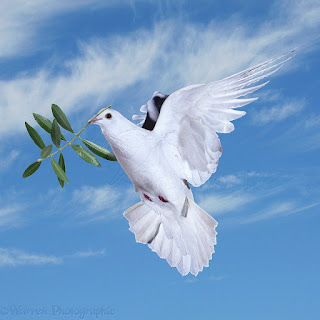 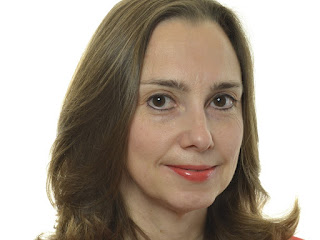 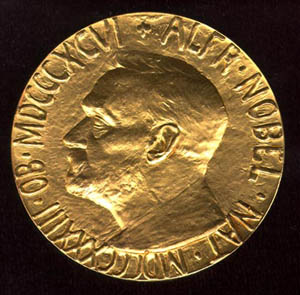 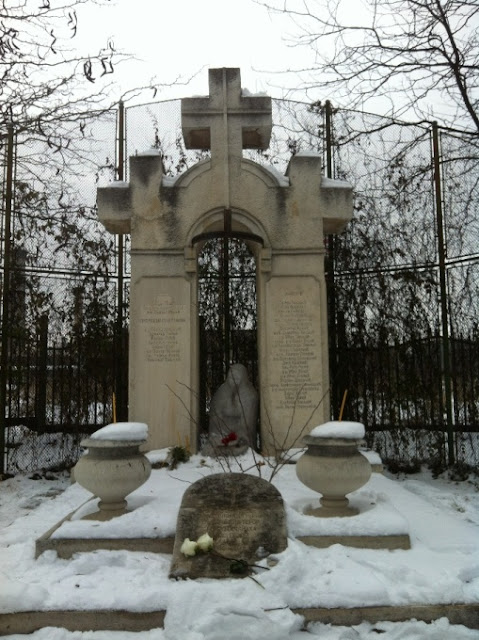 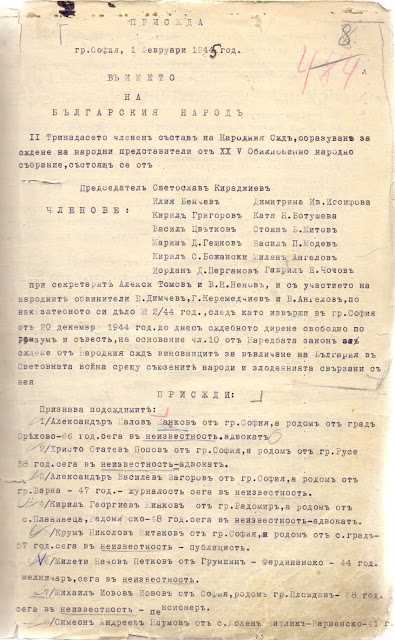 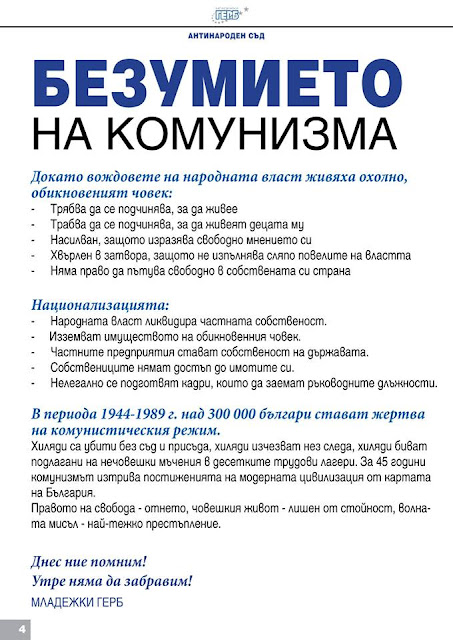 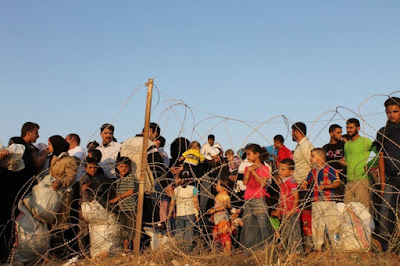 The wave of migration caused by the war in Syria has challenged politicians in Europe to address properly and promptly the current problems which Europe faces today. If the people in Europe can’t see in the deeds of their representatives an adequate response to today’s problems, it is very likely that those politicians are going to lose their elections and, as a consequence, Europe will fall into the hands of a new generation of leaders who may question the integrative European model altogether. The fears of the European people are understandable, but they are additionally fueled by populist parties which obviously think that they would profit from this fear and gain much greater numbers of votes. Against this background, there is a serious and visible problem: the rift between words and deeds within the European family. The famous principle of European solidarity and the “family principle” are now being put on test. It is not realistic to expect that the measures undertaken unilaterally by some states in Europe could achieve success. We should face the realities and recognize that events unthinkable before happen today in the world. The founding members of United Europe (namely of EU and the Council of Europe) are far from being immune to such negative trends. The great achievement of European unity after WWII is now under threat.

The main policy of Bulgaria during its Chairmanship of the Committee of Ministers of the Council of Europe and its parliamentary dimension (10th of November 2015 – 18th of May 2016) was aimed to strengthen European unity and reaffirm the principle of European cooperation. “Unity makes strength!” was the slogan which went through all of the Bulgarian activities during this presidency. It explains all!

Migration – the crisis is far from over

The Declaration of the General Assembly of UN on refugees and migrants, which was adopted in September 2016, can be considered as a principle basis for seeking a solution. First of all, the evaluation of the situation shows that around the world there are about 22-23 million refugees (including 1.7 million internally displaced persons in Ukraine) as a result of armed conflicts and geopolitical division. Currently in Turkey there are around 2.7 million refugees fleeing the war in Syria who are looking for better and safer life in Europe. Although the “Balkan corridor “ now is under stable control, the Mediterranean path is not adequately monitored.

Analyzing the reasons for the wave of refugees, which may come in much greater numbers from Africa to Europe, we could face a significant increase in population.

For example, the increase of the population in Egypt – from 25 million in 1955 to 94 million people today, who all are all looking for a prosperous future for themselves and for their children – has the potential to turn into a next great wave of migration.

In the case of those with predominantly desperate attitudes, their only way is the search for a better life abroad. In order to avoid such a great new wave of migration, there are serious considerations for massive EU investment in countries that are possible sources of such migration, in order to improve the living conditions there.

Last but not least, more than 60% of the newcomers in Europe are not refugees in the sense of the UN Convention on the Status of Refugees. Should the decision-makers in Europe adopt a plan to separate the real refugees who need protection from those who do not, and then organize a comprehensive program to repatriate those who do not meet the criteria for asylum, then such a plan would be accepted and supported by European citizens and would help soothe their justified or unjustified fears.

Living together in Europe

The migrant crisis is not the only problem in this respect.

There are also other current threats, such as the uncertainty arising from the financial crisis Europe suffered, as well as the sense of relative decline – compounded by perception of a leadership deficit in shaping Europe’s present and future hybrid war in defense of European unity…

Let’s recall that 2015 started and ended with cruel terrorist acts in France.

What should be mentioned here is the fact that the perpetrators of the most atrocious of the 2015 terrorist acts in France were all natives of Europe – going back as far as a third generation. They were not migrants, although their grandparents were. We witnessed the identical situation in Belgium, where the perpetrators of the terrorist acts were European citizens, not migrants. We should address the problem of their non-integration, which had been neglected until recently.

I wish to touch upon the problem of the emergence of parallel societies in Europe with values different from that of the mainstream, which could eventually endanger the rights, safety and security of all people.

In June 2011, after long and tough clashes in the chamber, the Parliamentary Assembly of the Council of Europe adopted its recommendation to the Committee of Ministers called Living Together in the 21st Century. I had the privilege to be the rapporteur on this issue.

The Parliamentary Assembly of the Council of Europe proposed that the governments of member states implement the concept of the intercultural approach to dealing with such problems in order to avoid or eliminate the possibility of the formation of parallel groups that are isolated form the mainstream and fail to integrate into society.

Unlike with the passive multicultural model, which lays out opportunities and leaves the people on their own (which most often results in the newcomers missing out on such opportunities due to lack of awareness, language barriers etc.), the intercultural approach implies active interaction between the culturally different groups in society in order to develop the best approach to living together.

When the laws and conditions for true integration fall short – not only for the newcomers, but also for other traditionally marginalized groups – what can be done?

Of course, those people who are coming or have come lawfully to live in a country should not be expected to leave elements of their identity – faith, language and culture – behind. However, they should be expected to show willingness to integrate into their new country’s society, not only by learning its language, but through gaining knowledge and understanding of the local culture, and they must respect democracy, human rights – including the rights of women – and the rule of law.

This means the model of European society should be improved in order to prevent the formation of parallel societies.

In October 2015 the Assembly once again looked back at this issue by reaffirming its 2011 position – this time without any sharp disagreements between people of different views and with almost unanimity. It is now the governments’ turn to act and to apply measures to change the current European model into an intercultural one as proposed by the Parliamentary Assembly of the Council of Europe in 2011.

I would strongly advocate converting the current European “Multi-culti” model into this new proactive intercultural approach, which undoubtedly will contribute significantly to our common security and will help indeed to eliminate the formation of parallel societies around Europe. Without it, neither social security nor economic security or prosperity can be achieved.

In turn we should build cultural bridges by encouraging European citizens to familiarize themselves with – and to respect – the culture, language, traditions and history of immigrant groups. They already came to Europe several decades ago, and they neither should be left isolated or self-isolating, nor should they be allowed to ostracize those among their communities who are successfully integrated. The goals we pursue can be achieved only through dialogue, understanding and mutual acceptance and involvement, not through a holistic approach of a social engineering.

We have to stand for this goal together and demonstrate our clear devotion to the vision of a shared future, which in turn, is the core value of European Unity and cooperation.

The article reflects solely the personal view of its author! 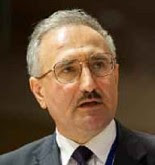 Latchezar Toshev was a member of the Bulgarian Parliament since 1991- 2005 and 2008 - 2013, and a long-standing member of Parliamentary Assembly of the Council of Europe. 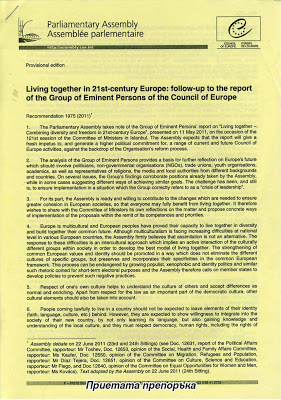 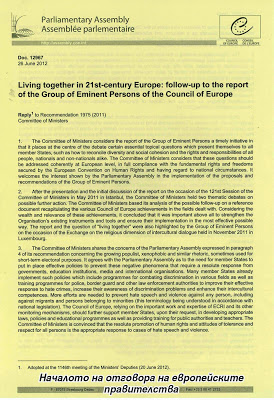 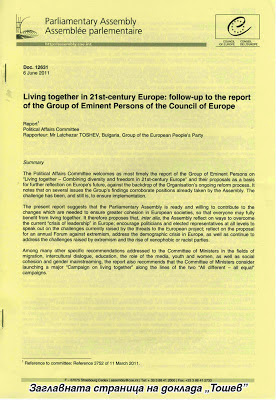 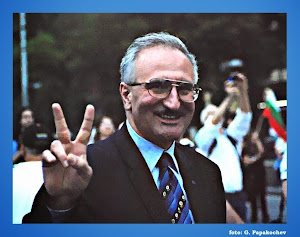 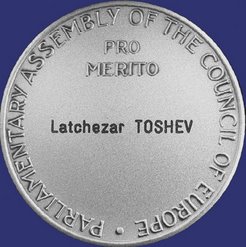